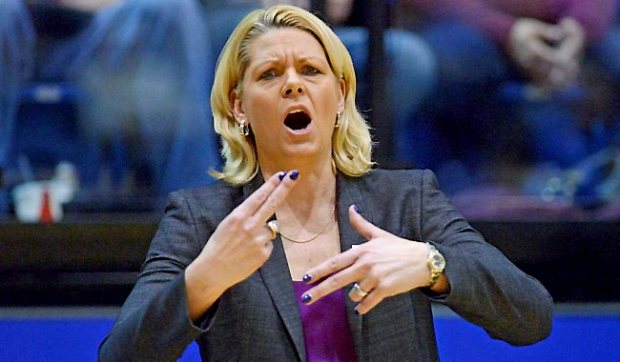 This piece originally appeared in the St. Paul Pioneer Press on March 25, 2018.

Pam Borton put everything she had into the University of Minnesota women’s basketball program for a dozen years. She worked holidays and weekends, guided immature teenage girls into confident women and collegiate competitors. With both wins and losses, she took flak from media and fans. But she was at the top of her game and she loved it.

The average tenure for a college basketball coach is five to seven years. As she stockpiled successes, mentors and friends counseled Borton to make a move. Go out on top.

Though the job crowded out almost everything else in her life, the woman who grew up on an Ohio pig farm was not ready to walk away from the program she had tweaked and transformed repeatedly.

But 2012 was a pivotal year. A leadership change in the athletic department wrought a dramatic change in the culture. Instead of feeling like part of a bigger team, for two years Borton felt marginalized and isolated by leaders who avoided her.

At the end of the 2014 season, after weathering the highs and the lows of a job in which she felt she could never deliver enough wins or enough points, she was shown the door.

It was not an unexpected play. In 2013 Tubby Smith had been fired after coaching the men’s’ basketball team to its best season in 22 years. Borton knew her time was coming. She just didn’t know when it would be.

She spent her final year at the university waiting for the guillotine to fall.

But she also made a decision to enjoy the game in a way she never had before. She worried less about the outcome and focused more on the moment. She allowed herself to have fun with the players she considers her daughters. The result? She had the most enjoyable year of her coaching career.

When she was shown the door, Borton took her Sweet 16, Final Four, and NCAA trophies and memories and left town to reflect and regroup. She weighed options for coaching at the collegiate and professional level.

But in her gut she knew she didn’t have it in her to deal with the constant pressure and sacrifices in her personal life. Coaching is lonely and stressful and exacts a physical and emotional toll.

Borton met with a mentor who offered counsel she embraced: stay visible and relevant.

“When this happens and you’re already an icon and a celebrity in your community you don’t want to go grocery shopping or to events,” she told me recently. “What will people think? But I decided to let people know I was ok.”

People responded with good will. It was the best thing she ever did, she says.

She went through an executive coaching program and wrote “On Point: A Coach’s Game Plan for Life, Leadership, and Performing with Grace Under Fire.” “On Point” marries Borton’s personal story with a roadmap for developing leadership skills.

When Borton’s partner, Lynn Holleran, accepted a position with the Penn State athletic department, Borton made the cross-country move she’d avoided. She jokes that she has a presence in Minnesota but keeps her clothes somewhere else.

Though she didn’t have a plan when she was fired, it didn’t take Borton long to pivot. At a time when many leaders are peaking or winding down their careers, she launched a new one.

Four years after her departure I asked Borton to reflect on her experience. Is she bitter? Not about the termination, she says. But the way she was treated in her final two years had a profound impact on her and many others.

People are treated like that every day in the corporate world, she says. Today she works with corporate executives and teams to improve communication and teamwork so her experience doesn’t become their experience. Whether in her keynotes or in executive counseling she advocates for clarity, integrity, authenticity, leading (and leaving) with grace.

“How we affect people – positively and negatively – is our legacy,” she says. “That’s how people are going to remember us.”

Borton has had many mentors throughout her life. A good one shares the truth, however brutal it may be, she says. A mentor pushes you to the next level and helps you to be courageous.

Borton witnessed a disturbing trend as a coach. Females arrived on campus with little confidence and no leadership skills. Determined to help girls and women to be more resilient, she founded two nonprofits (Team Women MN and Empower Academy For Girls). By engaging successful women from all career paths to share their wisdom and experience she hopes to plant the seeds for greater confidence and resilience.

Four years after a major life change Borton exudes confidence, enthusiasm, and optimism. She’s found more balance in her personal life and is pursuing a passion in her professional life – to make a lasting impact on as many people as she can.

In this season of hoops and hoopla, Borton – a spectator – is enjoying the sport that was her life for nearly three decades. And she’s executing her new game plan: to help others to make her mantra their mantra: people matter.

Posted in Blog and tagged On Point, Pam Borton, resilience