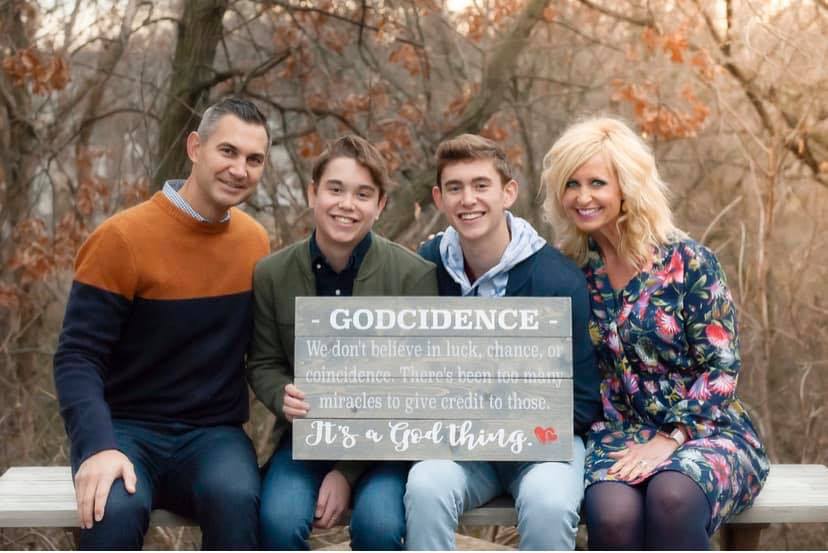 When news broke last month that a helicopter transporting Kobe Bryant, his teenage daughter, and seven others had crashed, I was reminded of the temporary nature of life and prompted to reflect on my own.

The Bushaw family did not need such a reminder, though. They are well aware that every day is a gift.

They were months into Natalie Bushaw’s pregnancy when doctors discovered she was carrying the rarest form of identical twins. The mortality rate before birth was 85 percent.

Three times doctors suggested they consider selective reduction to give one twin a greater chance of surviving.

As the pregnancy progressed, Ben and Natalie Bushaw learned one baby had a very problematic heart and the other had issues unrelated to his heart.

When the boys were born in June of 2003, the couple knew their lives would be different from most. Knowing in advance they would have challenges helped them to prepare for and accept a life of unknowns, Natalie says.

Owen and Logan underwent nearly three dozen surgeries and procedures between them by the time they were 5 years old. Though Owen’s issues were successfully resolved, Logan’s one-ventricle heart would require ongoing attention.

On July 21, 2016, when he was 13 years old, Logan underwent a heart transplant in St. Louis, then returned to life in Minnesota.

Rejection is always a risk with transplants. When the risk became reality for Logan, it opened a new and frightening chapter.

After he spent much of the first quarter of 2019 in the hospital dealing with his body’s rejection of his heart, it became clear Logan would need a second transplant — a third heart.

He left the hospital last April with the understanding he might have a year to live – and the determination to live whatever life he had left.

What the doctor deemed a perfect heart for Logan had become available.

Bags were quickly packed and, after a successful surgery, the family celebrated Christmas at the hospital with gratitude and a new heart beating in Logan.

I met Natalie Bushaw years ago when we served together on the Parent Advisory Committee at the University of Minnesota Masonic Children’s Hospital. My daughter had undergone a bone marrow transplant at the university so, like Natalie, I knew what it is like to have a child’s mortality laid in front of you.

The senior director of public relations and internal communications for Life Time, Natalie is a beautiful writer. For years, she has chronicled the Bushaw boys story on a CaringBridge site. Their story has touched the lives of friends, family and strangers who are praying for and pulling for the Eagan family.

I’ve followed their story in awe. Whenever I question how they can handle one more emergency visit to the hospital, the answer comes in one of Natalie’s CaringBridge posts.

It is with the belief they are living a miracle in motion.

It is with a balance of realism and optimism.

And it is with enormous gratitude – for the two donor families, the medical professionals, their supporters, and for God.

From Natalie I’ve learned that peace can come from accepting what we can and cannot control.

From Natalie’s “live by” quotes I’ve learned to “Accept. Adapt. Move on” and “Face. Embrace. Endure.”

From Natalie I’ve learned that a deeply held faith can help one to navigate an exhausting and seemingly endless challenge.

In the past few years, Logan has spent holidays and school days in the hospital, undergoing scans and probes and blood draws. He’s missed out on much of teenage life.

But he’s also developed a healthy attitude that will not only serve him but can also help others to live their best lives.

From Logan I’ve been reminded that kids can surprise us with their tenacity, perceptiveness, and wisdom.

On Jan. 27, just a month after receiving his third heart, the junior at St. Croix Lutheran shared his thoughts on Snapchat with his friends:

“As the last few weeks have unfolded and many of us are trying to find answers to why all these tragedies such as the recent coronavirus outbreak, Australia’s whole continent literally being on fire and the horrible death of Kobe, his daughter, and all the other beautiful and wonderful passengers on board, I believe the Lord is trying to send us a message …  every day is a gift no matter what hardships you’re going through, whether it’s an injury or difficulties at school or at home with a relationship or whatever it might be. Even if it’s bigger, we gotta stop pitying ourselves and telling ourselves everyone’s got it better. Being someone who has had important things ripped out of my hands time after time, it isn’t what kills you. People just give up and stop fighting and it’s heartbreaking. Every second the Lord provides for you on earth what’s a second for you to love Him, to love yourself and everyone around you and not to sit on your butt and feel bad about everything that’s happened to you but to make it better for yourself. Cherish what you have. Don’t throw away what you love simply cuz you don’t know what to do or because you don’t know where to go. If something is meant to be in your life it will. You guys gotta love very second of it. And live everyday as it’s your last cuz one of these days it will be.”

~~~If you enjoyed this piece and would like to read more of Caryn’s work, you can sign up to receive her columns by email. You can also purchase a signed copy of her award-winning memoir, “Bitter or Better: Grappling With Life on the Op-Ed Page,” which includes some of her most popular columns, here. Need an inspirational speaker who offers a roadmap to living the “better” choice? Please reach out.