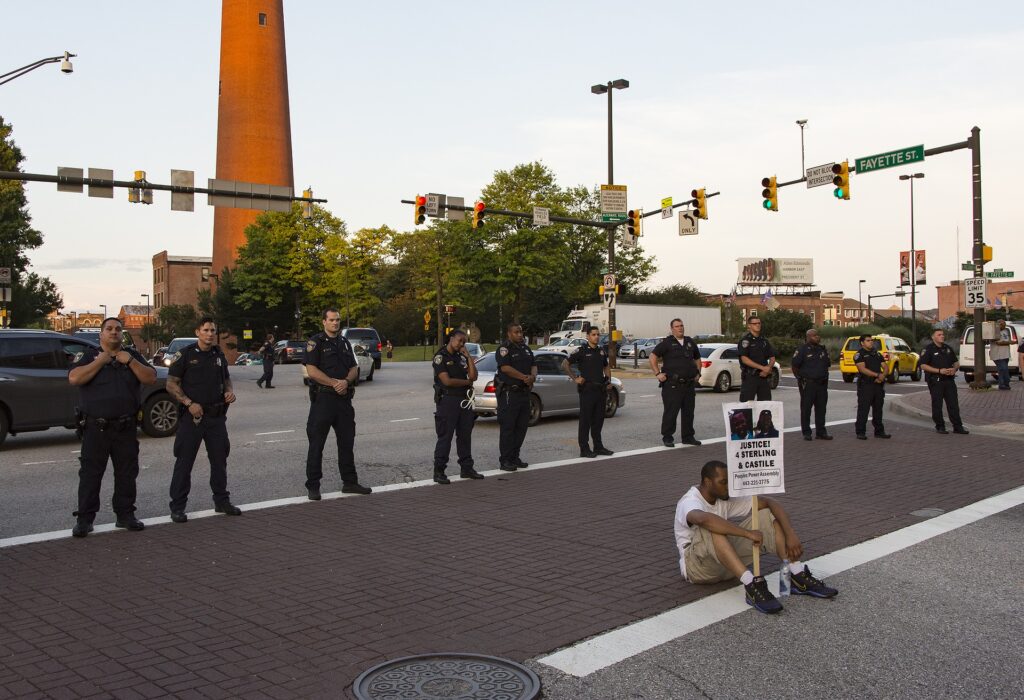 There’s a lot of fear in the air.

Week after week, we’ve been hearing about death in different contexts: the coronavirus, George Floyd, and the latest shootings.

In the days following Floyd’s death, I watched as police officers and National Guard members in full gear stood on hot asphalt streets, often face-to-face with strangers whose behavior varied from peaceful and respectful to violent and abusive. How could they endure it?

Amid plans to defund or dismantle the largest police department in the state, we haven’t heard much from those who are called upon to respond when shots are fired, stores are looted, women are assaulted in public parks – and much more.

Over the past few weeks I’ve contacted many in the law enforcement community to find out what they’re thinking and how they’re doing.

The response was consistent and disturbing.

They were reluctant to speak publicly.

It’s not that they have nothing to say. Rather, they’ve become silent because of what feels like an absence of support. Moreover, they – and their families – feel they’ve got targets on their backs.

Some were willing to paint a picture of what life has become. But no one was willing to go on the record.

Except for attorney Ron Meuser.

For more than 30 years, Meuser has represented police officers and first responders, handling an average of 10 claims per month.

Since late May, roughly 150 officers have sought representation for PTSD-related worker’s compensation and disability claims. Most are from Minneapolis, though they come from various agencies around the state, including St. Paul.

While he doesn’t speak for every officer or for their departments, Meuser agreed to tell the story clients have shared with him “like a broken record.” It’s the same story I’ve heard.

“The men and women who serve our communities as police officers don’t go into this line of work for the money or the limelight,” he said. “They do it out of a sense of duty and honor, to help their communities.”

They recognize the damage to the trust within the community as a result of George Floyd’s death, he said, but feel they’ve been lumped into the same category, when they’ve done nothing but seek to support the community.

Officers have received death threats. Their home addresses have been disclosed. They’ve been followed home from work.

“It’s been justified that somehow they deserve it and they have to take it because that’s just part of the job,” Meuser said.

“They feel they’ve been completely abandoned and let down by the community representatives of the state, specifically the governor, Mayor Frey, the city council and Chief Arradondo,” he said.

For every action there is a reaction.

“There’s not one person in this society who would continue to go to work and risk their lives every day to have fireworks shot at them, concrete thrown at them, to have their lives be threatened, to be spit on or urinated on,” Meuser said.

“It’s difficult when they are already suffering from symptoms consistent with PTSD and have attempted to deal with it on their own in the hopes they can continue to perform the duties of a police officer. But when they have been completely abandoned by their support group, they are simply unable to wrap their arms around it and carry on.”

“You are seeing a mass exodus of police officers from throughout the state who have decided it’s not worth it.”

Proponents for change might consider the retirements an opportunity to replace old-school officers with new ones.

It won’t be easy. Law enforcement agencies have been struggling to recruit new officers for years.

When surveyed, licensed officers from around the country overwhelmingly said they wouldn’t recommend the profession to others, citing lack of departmental support and respect for the profession, increased legal liability, and safety concerns.

What would life with less policing look like? Read the newspaper.

Cooped up, overheated, and saturated with COVID-19 warnings, many people are fearful and angry.

Criminals are seizing the moment. Shootings are up dramatically in the first six months of 2020 – more than 220 in Minneapolis and 100 in St. Paul.

Teens, men, pregnant women, and young children are dying in streets and alleys, cars and nightclubs.

Police are duty-bound to respond, regardless of how stretched, stressed, and unwelcome they may be.

In the current environment, officers are understandably hesitant to respond, intervene, or make arrests. Cellphones and body cameras will memorialize at least part of interactions. If officers make what could be construed as a mistake or misjudgment, they could be fired, prosecuted, sued, or imprisoned.

Concerned about lack of response and/or protection, citizens are literally taking matters into their own hands.

As one retired officer said, the blue line has become a very thin blue line. The consequences are being borne out in this moment. As a society, we need to pause and make thoughtful, measured decisions about how thin a line we can live with.

~~~If you would like to read more of Caryn’s work, you can purchase a signed copy of her award-winning memoir, “Bitter or Better: Grappling With Life on the Op-Ed Page,” filled with inspirational stories about resilience, here.