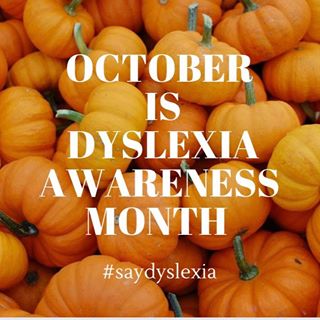 Every day, students receive these messages, explicitly or implicitly, because they can’t learn to read the way they’re being taught.

Meanwhile, their classmates learn to identify the letters of the alphabet, as expected. They learn to read words and to craft sentences into stories. With reading fundamentals intact, they learn about math, science, and the arts.

Researchers say most students who struggle to learn have dyslexia, though it often goes undiagnosed. According to the Yale Center for Dyslexia & Creativity, dyslexia is “an unexpected difficulty in reading in an individual who has the intelligence to be a much better reader.”

People with dyslexia have trouble matching letters they see with sounds those letters (and combination of letters) make. Consequently, they struggle to read fluently or spell correctly. With an inadequate foundation, learning by reading is difficult for many, impossible for others.

Though dyslexia can’t be vanquished, it can be remediated. Early identification and intervention are critical. Yet, parents find it’s often difficult to get the diagnosis through their school districts and outside professionals are difficult to access.

Eventually, struggling grade school students become adults. In a documentary titled, “Journey into Dyslexia,”(available on Amazon Prime), tear-laden interviews with adults who live with dyslexia offer fascinating insights into how the neurobiological condition affected them as students.

-Though they worked hard just to keep up, teachers could be unsympathetic and classmates cruel.

-They spent more energy hiding their inability to learn than they did learning.

-They felt isolated, ashamed, and misunderstood. Why bother trying to learn? They were stupid. They would not wake up one day and be able to read.

Not everyone in the film described their dyslexia in such negative terms, though. Some people found ways to learn. They discovered their dyslexia helps them to see the big picture, solve problems, or create amazing things.

NASA scientists, director Steven Spielberg, and activist Erin Brockovich are among many who have dyslexia. Those, like Brockovich, who find a way to succeed despite – or because of – their dyslexia, describe it as a gift they’d never relinquish.

Jeanne Curtis is no stranger to dyslexia, for it runs in families, and hers is no exception.

Curtis was raised in Philadelphia but lives in western Wisconsin with her family. Her first teachers were nuns in Philadelphia who recognized her dyslexia. Because they taught her with a curriculum designed for learners with dyslexia, she didn’t struggle as her son struggles. She graduated high school, she attended college on a scholarship and earned an English degree.

Her father was not as fortunate. He couldn’t learn the way he was being taught so, like many with dyslexia, he dropped out of high school. Though he later earned a GED, his career was stymied by his inability to pass written tests.

When her son Evan’s struggle with reading became obvious, Curtis discovered a pervasive lack of understanding and acceptance about dyslexia among school professionals. Teachers insisted that if Curtis just read to him more, Evan would learn to read.

“We could read to him until the cows come home, but he’s not going to become more fluent,” the Wisconsin mother told me recently.

Nearly 11 years old, Evan  cannot decode a word with more than two syllables. He cannot read road signs or order from a menu.

The struggle to acquire the same skills as his classmates threw Evan into a frightening emotional tailspin. He constantly felt like a failure.

Something had to change. It took tenacity and advocacy for the Curtis family to finally secure a dyslexia diagnosis.

Even then, Evan’s public school offered minimal help. The coveted private school was beyond his reach. What were they to do?

With no acceptable alternatives, the Curtis family chose homeschooling. With support from a team of experts, Evan’s mom has become Evan’s teacher. She works from an intensive curriculum utilizing the same Orton-Gillingham approach from which she learned to read decades ago, for it is the prescribed curriculum for learners with dyslexia.

Mother and son are on what she hopes is a two-year effort to raise Evan’s reading from a first-grade level. The ultimate goal: for Evan to attend high school with his peers.

In Curtis I have a kindred spirit. I left the practice of law 26 years go to become my son’s advocate after his autism diagnosis. I understand a mother’s inclination to do whatever it takes to make the best life for her son and to push back against judgments, labels, and low expectations.

Whereas I knew nothing about autism in 1993, Curtis has the benefit of her own experience as she advocates for and teaches Evan. And, yet, it’s a stretch.

“I’m a dyslexic person trying to teach a dyslexic son to navigate dyslexia,” she says. “By the time the day is done, I have smoke coming out of my ears – and so does Evan.”

But she’s unrelenting, for Evan is making steady gains.

By sharing their story, both mother and son have joined the ranks of accidental advocates like myself. Now connected with other families like hers, Curtis hopes to change the narrative that kids with higher intelligence who can’t read are just lazy.

“There’s no shame in having dyslexia,” Curtis says. “It’s how you’re made; it’s who you are. The quicker you embrace it, the sooner you gather the tools for your toolbox, the better off you will be.”

If you enjoyed this piece and would like to read more of Caryn’s work, you can sign up to receive her columns by email. You can also purchase a signed copy of her award-winning memoir, “Bitter or Better: Grappling With Life on the Op-Ed Page,” here. If you’re looking for an inspirational speaker, reach out!