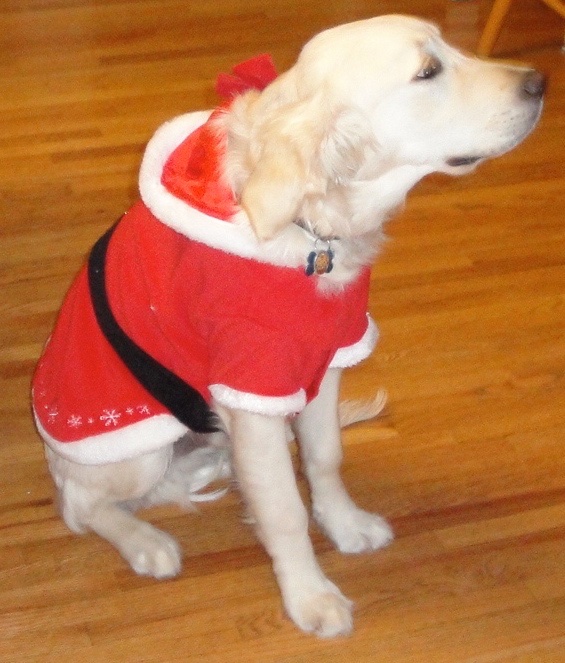 The phone call came unexpectedly late last week, triggering far more memories and tears than I expected – for he is a dog, after all.

We know our pets won’t live forever. And yet, there’s nothing that can prepare us for the news that the snuggles and the furballs will soon be no more.

I’ve only had two dogs in my adult life. Both were the product of scheming, cajoling, and maneuvering by my youngest child, Julia.

Our first dog, a Cavalier King Charles Spaniel, was 20 pounds of sweetness and sass. Sara joined our family after Julia pummeled me with pleas to drive to northern Wisconsin to retrieve her.

Sara was with us for eight years. She left us quite unexpectedly, only months after my husband, Ted, died of a heart attack. Though Sara was Julia’s dog, she and Ted shared a lot of snuggles, usually in front of the tv late at night. It was uncanny that her heart failed her, too.

After Sara died, our home was far too quiet. When friends decided to bring an English Cream Retriever into their home, Julia and her friend Claire schemed to convince me to fill the void in our home with his adorable littermate. 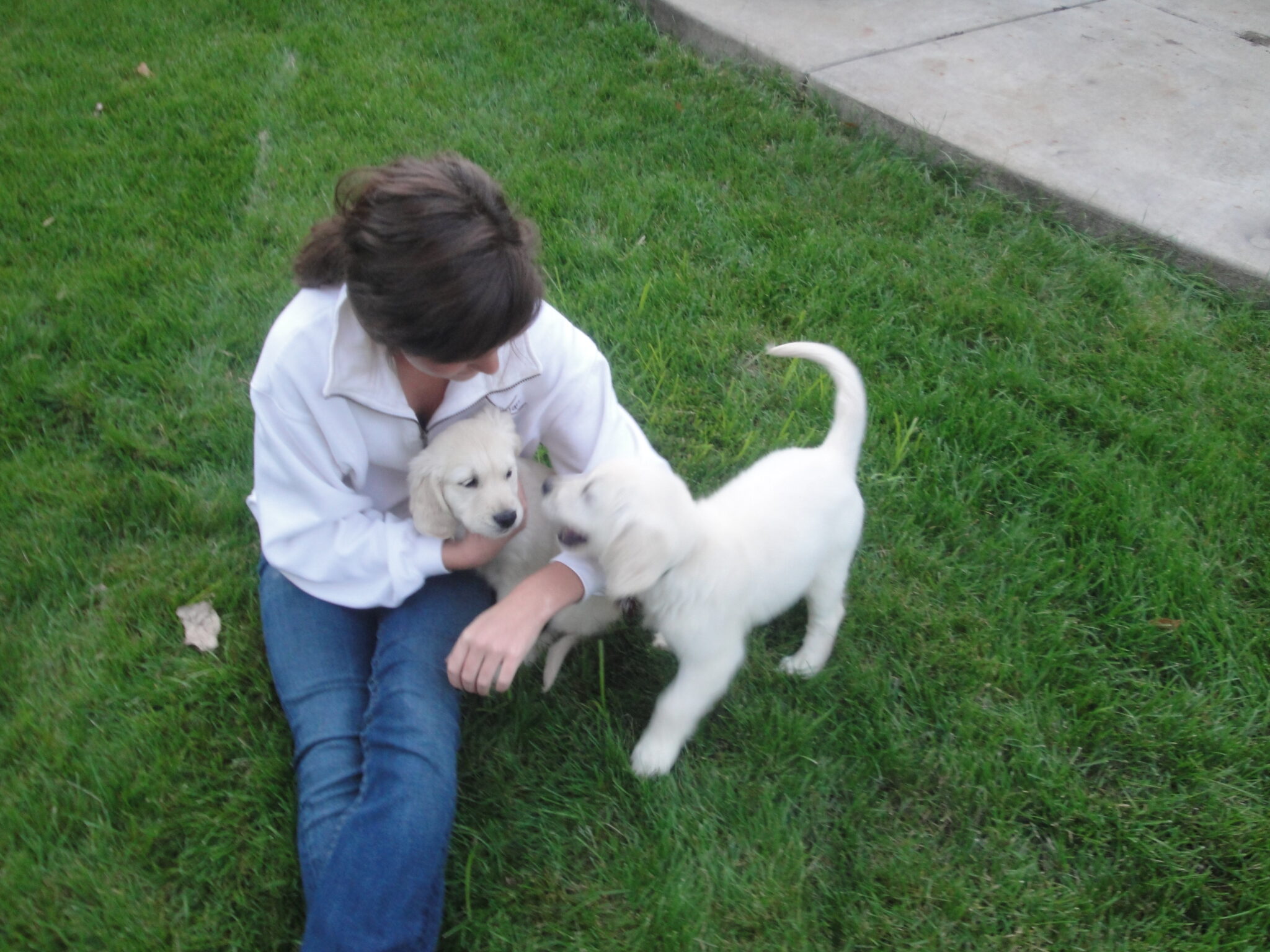 Ted had often tested out names for a dog we might bring home at some future date. Chuck was a favorite, for it rolled off the tongue so well.

But Chuck had competition, for Ted also liked the idea of naming a dog Dammit.

The task of naming our new pup fell to Julia. When she went to purchase a tag for him, she called me from the kiosk with an odd question.

“Mom, how do you spell Dammit – with two Ms or MN?” You see, she’d paid attention when her dad discussed his favorite names.

And that’s how we ended up with a dog named Chuck Dammit.

Chuck lived with the two of us until Julia went to college. Then he was mine. He was exactly what Julia had promised he would be – a furry companion who took little and gave me much as I learned to live as a widowed single mom. 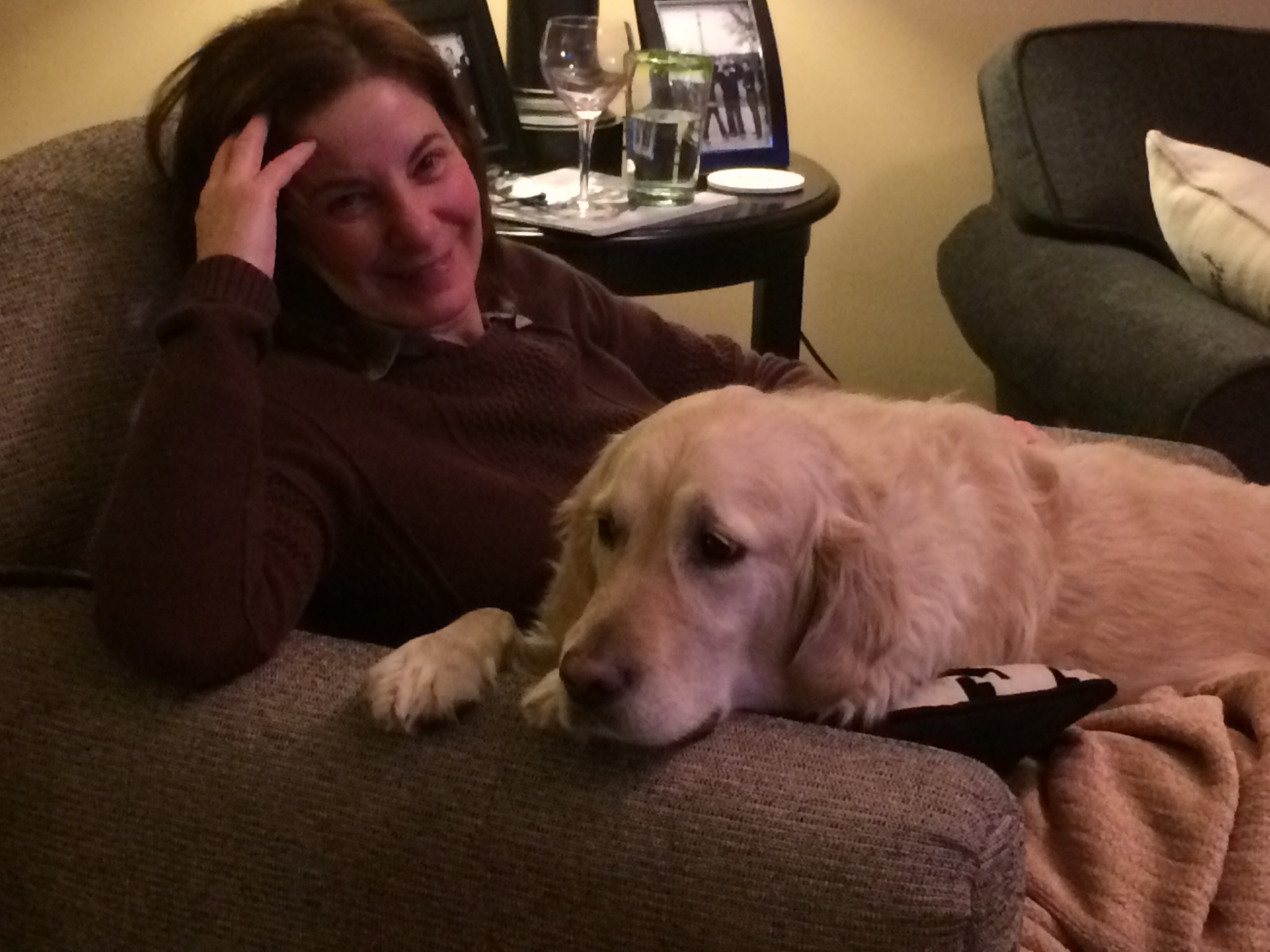 But, when Julia graduated from college and secured an apartment, Chuck became hers, as we’d agreed.

On a summer night, we met halfway in western Wisconsin. After dinner, we made the custodial transfer in the parking lot. With more sadness than I anticipated, I relinquished the dog I’d come to love to Julia and her fella, Joe.

As they settled into her car, Chuck perched in the backseat with his paraphernalia, Joe reached back to give Chuck a rub.

As I wiped my eyes, I smiled inside, for I knew Chuck was in good hands.

The years have not been easy for my youngest child. As she’s navigated a parade of challenges, Chuck has been her therapy dog. Though she says she doesn’t want kids, she’s been a great mom to the four-legged lover boy who shed white fur like mad.

Late last week, when Julia called with news that Chuck’s body was riddled with cancer, my heart broke along with hers.

It’s crazy how animals can become so much more than pets. We spend enormous amounts of time, energy, and money on canines and felines who often know intuitively what we need.

It’s no wonder therapy pets have become so popular, as many of us struggle with anxiety, depression, or health challenges.

And, yet, when our pets are down and out, we may or may not catch the signs, for they can be subtle or absent.

Chuck was so much more than a dog.

He was the one who brought light and healing during a dark time in our lives.

He was the last big thing my daughter and I shared before she launched her own life hundreds of miles away.

The most popular dog in their circle, Chuck brought joy to Julia and Joe’s friends who shared the past few years with him.

Though it didn’t last as long as we would have liked, Chuck had a great life. And we are so much better for having shared it with him.

God speed, Chuck Dammit. Your big paws will be hard to fill.