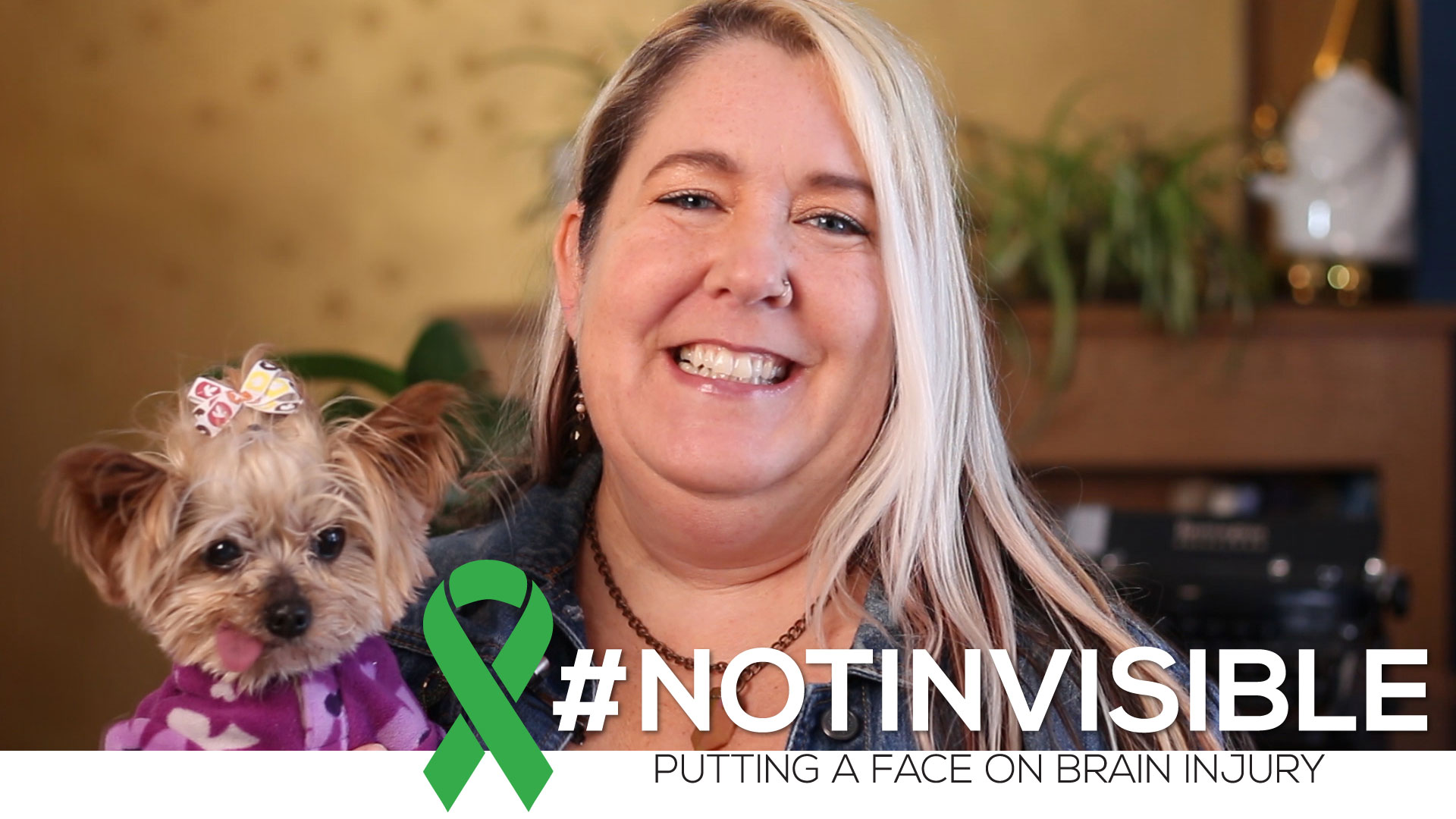 It’s interesting how both actions and words can dramatically alter our lives.

In February 2014, Amy Zellmer slipped on a driveway coated with black ice. Cradling her small Yorkie in her arms, she couldn’t brace her fall. When she landed on her head, the impact knocked her out. And changed her life.

Zellmer, of St. Paul, found herself in unfamiliar territory with no roadmap.

Her fatigue was overwhelming, her motivation lacking. Though she knew she needed to eat, there were times she couldn’t muster the energy to prepare a meal.

Her memory abandoned her. She couldn’t remember how to operate the microwave.

A professional photographer for more than 20 years, she couldn’t remember how to operate the camera. She forgot to process pictures and didn’t follow up with clients.

As she struggled to find helpful medical treatment, her complaints were met with skepticism, even suggestions she was faking it. She felt dismissed and doubted, as if she was feigning symptoms that were all too real.

While she looked like Amy, she didn’t feel like Amy. The hardest part, she told me recently, was knowing she was not herself but not knowing how to fix it.

“You’re very aware that your personality is different and that you are not the person you were,” she said.

While her photography clients were tolerant of her forgetfulness, longtime friends were often more skeptical than sympathetic. Some friends suggested she was milking her condition. One even said, “It’s not like you have cancer or something.”

The words stung. Years later, she has not forgotten them.

Zeller certainly recognized the difference between her traumatic brain injury and cancer, for her mother was dealing with the latter. Unlike her mother, though, Zellmer was shown no clear path to treatment, offered no meals or rides to doctors’ offices.

Concussions are considered mild TBIs. Causes vary but include falls, auto accidents, self-harm or striking an object. Regardless of severity, a brain injury results in an invisible disability that does not discriminate by age, gender, or ethnicity, though children and older adults more commonly experience them.

It’s been a painful process for Zellmer, but she has ferreted out the people who were not true friends and built a tribe of kindred spirits.

Several years ago, she began writing about her experience, believing that giving voice to it was the first step toward healing. Articles she penned for the Huffington Post became part of her award-winning books, “Life with a Traumatic Brain Injury: Finding the Road Back to Normal “ and “Embracing the Journey: Moving Forward after Brain Injury.”

Her writing also led to an important new connection. After reading her work online, Dr. Jeremy Schmoe reached out to her. She treated with him at Midwest Functional Neurology and Chiropractic in Minnetonka and finally made progress. Today, she’s about 90 percent of where she used to be.

She also became a patient advocate at Midwest Functional Neurology and Chiropractic, where she offers patients guidance and insight she wishes she’d had.

For a long time Zellmer felt isolated and misunderstood. But her advocacy has opened doors to a new community that feels like home. She’s formed relationships with Minnesota Brain Injury Alliance and other brain injury associations around the country. She’s joined boards and lobbied Congress.

Guided by a favorite Mahatma Gandhi quote, “Be the change you want to see in the world,” she has launched a two-year campaign, #NOTINVISIBLE. With support from sponsors, she is traveling around the United States and Canada, putting a face to TBI survivors by taking their photos.

Working with local organizations, she’s empowering, educating, and enlightening by offering advice and perspective that would have been useful to her.

She encourages patients to take someone with them to doctor appointments and to seek out support.

She counsels caregivers that survivors shut down when they become overstimulated and that they don’t take out the garbage because they simply don’t remember.

Recognizing that people with brain injuries cannot all absorb and process information in the same way, Zellmer has a YouTube channel, a podcast, and a blog. For her thousands of followers, she posts photos of survivors she meets on the #NOTINVISIBLE tour on Instagram, LinkedIn, Twitter, and Facebook.

Acceptance has been integral to moving forward. The first challenge for survivors is to figure out (to the extent possible) how to get back to who they were, she says. The second is to accept that may not happen.

It took the pressure off when she came to terms with the reality that this was the best she was going to be and that she needed to make the most of it. Acceptance paved the way for healing.

Things happen for a reason, Zellmer says. While it’s been a source of great pain, the brain injury introduced her to a new purpose and passion.

When she fell on the ice on that February day, Zellmer never dreamed this would be where she is. “But advocacy has become my mission,” she says. “It’s to help other survivors to not feel like they are alone and to help the general population to understand what brain injury is.”

If you enjoyed this piece about living the choice to be better, not bitter, you might enjoy Caryn’s award-winning memoir, “Bitter or Better: Grappling With Life on the Op-Ed Page,” available in paperback and electronic forms on Amazon.

The Roadmap features inspirational stories about anticipating, planning for and navigating life’s twists, turns, tragedies and triumphs. Sign up here to have The Roadmap delivered to your inbox!