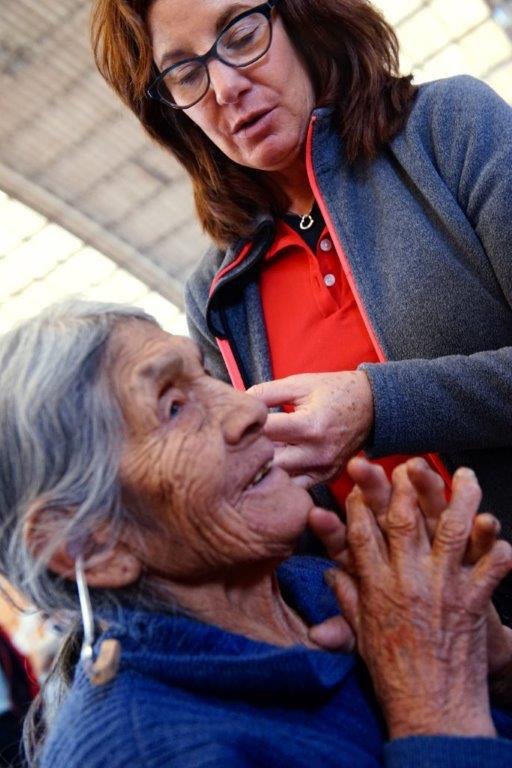 This piece appeared on the St. Paul Pioneer Press Opinion Page on July 25, 2014

Since I attended the annual Starkey Foundation gala I’ve thought about some of the most poignant sounds in my life: my children’s first cries as they entered the world; the “I do’s” when my stepchildren and their spouses exchanged wedding vows; and the mournful wail of bagpipes at my husband’s funeral. I’m blessed to have hearing that allows me to experience not only sounds, but also the lumps in the throat that occasionally accompany them.

But several hundred million men, women and children do not share that gift. While not deaf, they have experienced debilitating hearing loss due to undiagnosed ear infections, trauma, aging, tumors, loud noises or music and more. Their hearts don’t race when tornado sirens warn us to take cover or get goose bumps when the first notes of Pachelbel’s Canon signal a bride is heading down the aisle.

Growing up on a Missouri farm, Bill Austin dreamed of making a difference in the world. When he heard about Albert Schweitzer, a medical missionary whose work in Africa earned him a Nobel Prize, he was inspired to follow a similar path. Having moved to Minnesota, in 1967 Bill purchased a business he named Starkey Hearing Technologies and chose the slogan, “So the world may hear.” With his ability to match people with hearing aids, the Eden Prairie business became one of the top five hearing technology companies in the world, with factories in 28 countries.

Bill’s passion later gave birth to the Starkey Hearing Foundation. Its purpose was to provide hearing to people who could not afford it. To date the foundation has visited more than 100 countries and donated more than 1 million hearing aids, most provided by Starkey Hearing Technologies. Its next goal is to deliver an additional million devices in this decade through a global network of care.

When Bill met his wife, Tani, it was like a hand finding its glove. Both from humble backgrounds, she shares his work ethic and passion for helping others to hear. As co-founder of the foundation, she manages the big picture so Bill can focus on his passion. “Bill understands business, works like a farmer, has a missionary’s heart and understands money,” Tani says. But his focus is on delivering hearing to patients who want to be in the hearing world. It’s never been about the money, she says.

The Starkey office walls display photographs of icons — politicians, actors, musicians, and athletes — who purchased Starkey hearing aids. Tani, recognizing their gratitude and the value of their networks, planned a gala in 2001 and invited some of them. Eight hundred people attended the inaugural event, which raised $600,000. A tradition was born.

The annual red carpet gala in St. Paul draws celebrities from around the world, honors hands-on philanthropists such as actor Forest Whitaker and raises millions of dollars, the net proceeds of which fund the missions. It is a contagious celebration of good works and good will. During a five-hour dinner filled with music and stories about the work Starkey and honored guests are doing worldwide, guests bid substantial sums to participate on mission trips.

The Austins animate the mantra that “alone we can’t do much but together we can change the world.” They make connections with well-networked organizations like the Clinton Global Initiative and musicians like Elton John.

Earlier this year, they visited 14 countries and fitted 35,000 people with donated hearing aids. They recently held a mission at corporate headquarters. Early next month they will head to Mexico, Peru and Colombia, returning late this fall. They are on track to exceed the 165,000 devices they fitted in 2013.

Mission success depends on partnering with local organizations that identify those with hearing problems. Once there, Starkey teams follow an action plan of screening recipients, fitting the hearing aids and providing aftercare. They train locals to ensure patients use the equipment properly. And they make return visits.

Bill and Tani touch every person who is being fitted. “You’ve got about two seconds for that person to trust you and think you’re going to help them,” Tani says. “It isn’t just the hearing aid we are giving them. We’re giving them respect, asking their name, looking them in the eye and shaking their hand. And we’re doing it personally.”

International travel and one-on-one care could be exhausting for many. Tani acknowledges the travel is tiring but says the work is energy-giving and rewarding.

“You can almost see people fill with sound,” she says. “They will sit there as you try the hearing aids on and all of a sudden their eyes will pop. It’s like a light switch.”

Last year, Baseball Hall of Famer Paul Molitor and his wife, Destini, bid on a mission to the Dominican Republic. “I’ve never been more inspired by another couple,” Destini says of the Austins. “The mission trips are the vehicle for them to help other people and to express their love and compassion.”

The Austins focus on opportunities, not obstacles. “People talk about what’s wrong with the world,” Tani says. “We try to show what’s good in the world. Take the pioneers. If they had focused on what they would have to overcome they wouldn’t have done it … It’s pretty incredible what we’ve been able to do in such a short time with so many partners by thinking like the pioneers. Not thinking about why you shouldn’t do it — just by doing it.”