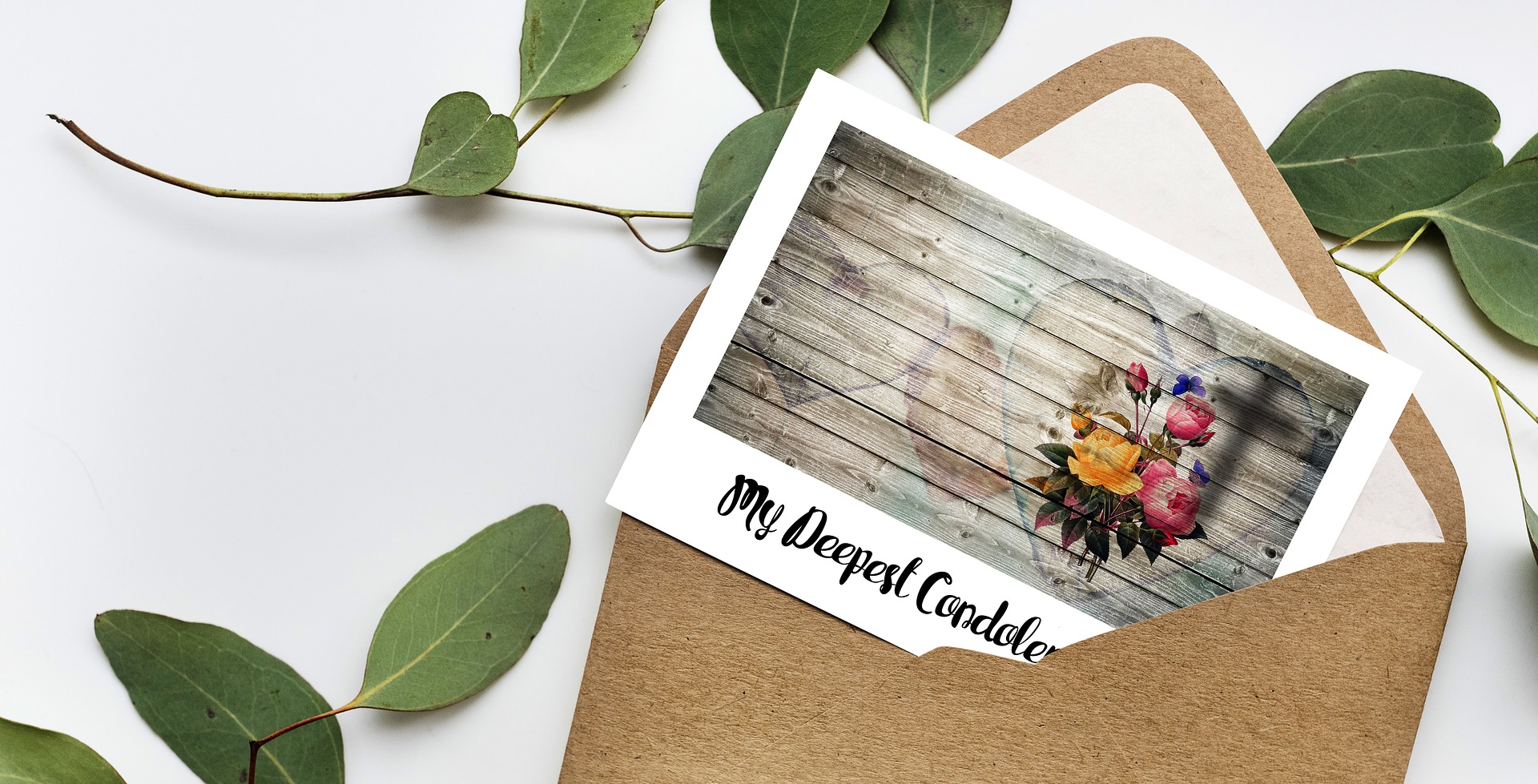 The week before Thanksgiving my sister-in-law Shari lost her father under difficult circumstances. I wanted to be there for her, my brother Steve, and their daughter, Isabel, yet I was wary of adding to their stress. So, I wrestled with whether to attend the funeral. What if they would rather not host out-of-town guests on top of planning the funeral?

There have been other occasions when I’ve debated whether to attend a funeral. It’s easy to talk oneself out of it, particularly if travel is involved: I don’t want to intrude; I didn’t really know him; I’ve got a commitment; it will require an unexpected expenditure of time and money.

And yet, I’ve never regretted showing up.

Although stepping into and sharing someone else’s grief is uncomfortable, support is support and I’ve relied on it to navigate my own grief.

Saying goodbye to those who matter is an important custom in our culture, regardless of one’s religious or secular tradition. When we lead with our hearts, we envelop those we care about and lift them up during turbulent times.

The day after Thanksgiving my husband and I caught an early flight. By late afternoon, we were on the Maryland eastern shore, helping Shari, Steve and Isabel to ease their way into what I knew would be a difficult next day.

Marking a passing prompts us to reflect on how to live and how to die. Each time I attend a funeral I leave with more than I arrived with – insight, appreciation, perspective, and resolve.

I’m reminded of the importance of showing up in the infancy of another’s grief however I’m able — in person, by phone, with a card, a meal or a memorial gift.

I’m also reminded that showing up is an ongoing exercise. It entails circling back after the flowers have wilted and the last bite of lasagna has been consumed, sending a “thinking of you” message on anniversaries, birthdays, and holidays. I’ve treasured those reminders after my own loss.

Showing up at a funeral often adds depth to relationships, particularly when they begin in adulthood.

As I looked at old photos and listened to Shari relate a lifetime of memories of her “Pop,” I saw her through a new lens. Hearing about the childhood we hadn’t shared deepened my understanding of and affection for her.

Linda Stuart is a Life-Cycle celebrant from Ontario, Canada, and the author of an essay titled, “When I Die Please Do Something.”

The essay begins with a written message discovered after a woman had taken her last breath. “When I die, please do nothing.” That directive created a quandary for her loved ones, who were not at all inclined to do nothing.

While the mother considered her directive a selfless act that would require little of her grieving daughter, it had the opposite effect.

From the daughter’s perspective, doing nothing would telegraph that her mother’s life didn’t matter.

Doing nothing would deprive the daughter of the opportunity to publicly declare her love for her mother.

Doing nothing would make it more difficult for her to embrace support from others and reconcile that she was now a motherless daughter.

Every relationship, regardless of outward appearances, is a mishmash of experiences and emotions. When we say farewell to one who has passed, we don’t mention slights, disappointments or hurts that never quite healed. But they are as real as the sadness that accompanies a loss.

As important as it is to share our happy memories, we also have an opportunity to identify and relinquish festering wounds, for there is no upside to hanging onto them.

As I reflect on Shari’s relationship with her father, it’s difficult not to mourn what I didn’t have with my own. I had just eight years with my father before my mother left him for the man who became my stepfather. Seven years later, Dad died from cancer.

The acrimony of my parents’ messy divorce, coupled with insurmountable logistics, kept my four siblings and me from attending our father’s funeral.

When we gather to honor another’s life, we help each other to fill a void. Not being able to mourn his death with others who knew my father left a hole that remains 46 years later, though it is healing.

In 2017, a cousin reached out to my brother on LinkedIn. We hadn’t seen him and his family, Dad’s people, since bellbottoms were stylish.

Last year, our families were reunited.

We mourned my Dad.

We mourned time lost with each other, for we’d been close before divorce severed our connection.

And, we exercised the choice that is now ours — to reconnect.

Living a joyful life means savoring that which fills us up and surrendering that which brings us down. While it’s not easy, I’m giving it my best shot. It’s my Christmas gift to myself and those I hold most dear.

If you enjoyed this piece and would like to read more of Caryn’s work, you can sign up to receive her columns by email. You can also purchase a signed copy of her award-winning memoir, “Bitter or Better: Grappling With Life on the Op-Ed Page,” which includes some of her most popular columns, here. Need an inspirational speaker who offers a roadmap to living the “better” choice? Please reach out.