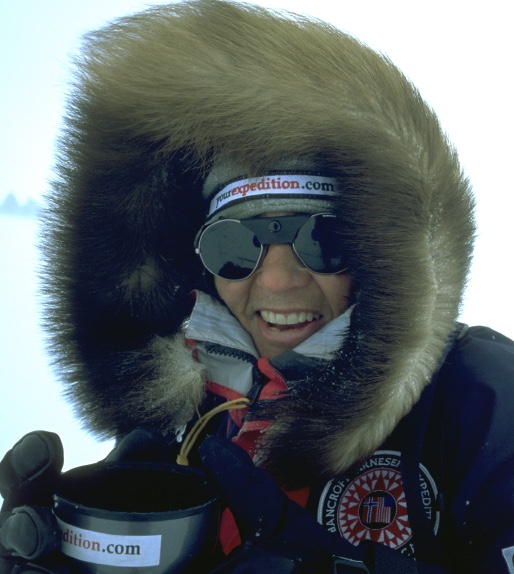 As the rain fell on a chilly Hawaiian morning, I had an unexpected rendezvous with fear.

My husband had planned a Valentine’s Day adventure that began with kayaking in a downpour and continued with a trek through ankle-deep mud.

We’d led an eclectic pack of younger, less athletic tourists down the river and through the forest.

Then we entered Phase 3 of the adventure: zip-lining — from a platform that stood on the far side of a suspension bridge that spanned 100 yards.

We formed a line and my companions quickly bounced across the bridge, leaving me with only the guide by my side.

I hesitated, fear enveloping and nearly paralyzing me as I faced my nemesis.

Fear can be an irrational foe, and mine surely was.

My harness was connected to the cables.

My companions had easily navigated the bridge.

And yet, as my heart pulsed, my body wouldn’t move.

Minutes passed before I found the courage to take the first step.

Midway across, as the bridge swayed beneath me, I stopped, tears threatening to further embarrass me.

Would my fear of heights overcome my need to reach the other side?

I could see no other option. I silently coached myself forward.

You’re not a quitter.

The 8-year-old girl crossed the bridge.

You must cross the bridge.

Resolve overpowering fear, I took one step, then another, until my feet were on the ground and my husband’s arms were around me.

In 1986, Bancroft became the first woman to travel to the North Pole by dogsled.

In 1992, she led the first team of women to ski across Greenland.

In 1993, she became the first woman to stand at both the North and South Pole.

In 2001, she and Norwegian Liv Arnesen became the first women to ski and sail roughly 1,700 miles to Antarctica in 94 days.

To this accomplished woman I related my experience in Hawaii, believing my fear of crossing a suspension bridge wasn’t in the same universe of challenges she’s faced.

How had courage played a role in her life? I asked.

Her answer was unexpected.

When she thinks of courage, she doesn’t think about her expeditions, for those are what she is best suited for.

Rather, she thinks about navigating school, particularly college.

School was her nemesis.

Introverted and shy, she found academics challenging because she has dyslexia, a condition in which a person’s brain doesn’t process letters and numbers in the usual way.

As a young girl growing up in what was then rural Mendota Heights, she was drawn to the outdoors, whether riding her horse or camping with siblings and cousins.

Sports offered a way for her to emerge from her shell, make friendships and develop confidence.

She needed a tutor to keep up with her studies. For tutoring she was pulled from the confidence-building activities she favored — art, music, gym, and recess.

It was a slog. But with lots of support she graduated from high school and enrolled in college.

But dyslexia doesn’t go away, she says. It rides with her like a saddlebag.

She struggled to pass classes and earn the grades she needed to apply for the practicum that stood between her and a coveted teaching career.

When her advisor urged her to abandon sports and realign her priorities, she refused. Sports were her lifeline. They taught her about teaching, leadership, and coaching.

Why would she surrender that which fueled her to achieve a goal that eluded her?

Her parents asked her former high school coach for help. The coach reached out to the college, insisting Bancroft would keep going until she got it. They should neither underestimate nor deny her.

After her fourth try Bancroft earned a passing grade, completed her practicum, and graduated with her teaching credentials.

She spent a few years in the classroom before embracing an opportunity to become both expeditioner and educator. The rest is in the history books.

With financial support and mentorship, girls can explore the outside world and develop strength and confidence through physical activities, as she did.

The reserved woman continues to have a broad reach. Students from around the world write to her, some sharing struggles with learning disabilities or bullying. Bancroft responds to every letter, offering encouragement.

A fifth-grader wrote to her in crayon, saying, “I hope I am as brave as you when you went to the North Pole when I change schools and have to make new friends.”

The letter still gives her goose bumps, she said.

As to her own difficulties with school, Bancroft says her college experience was seminal in her life. It provided the groundwork for everything she needed for an expedition: resolve, perseverance, stubbornness, and even asking for help. It offered perspective she brings to her foundation’s work.

She had every opportunity to quit school. But she stuck with it because of her family system and her adult advocates, much like those who are integral to the Ann Bancroft Foundation’s work today.

Risk-taking and courage are relative, she said. She feels scared about something every day. Best to take the risks we need to take, she says, and to avoid comparing ourselves to others.

Whether it is college, the Arctic or a suspension bridge, the challenge is the same. How do you muster courage to face your fears? What steps do you take to push yourself forward?

For more inspirational writing by Caryn M. Sullivan, check out her award-winning memoir, “Bitter or Better: Grappling With Life on the Op-Ed Page,” available in paperback and electronic forms.