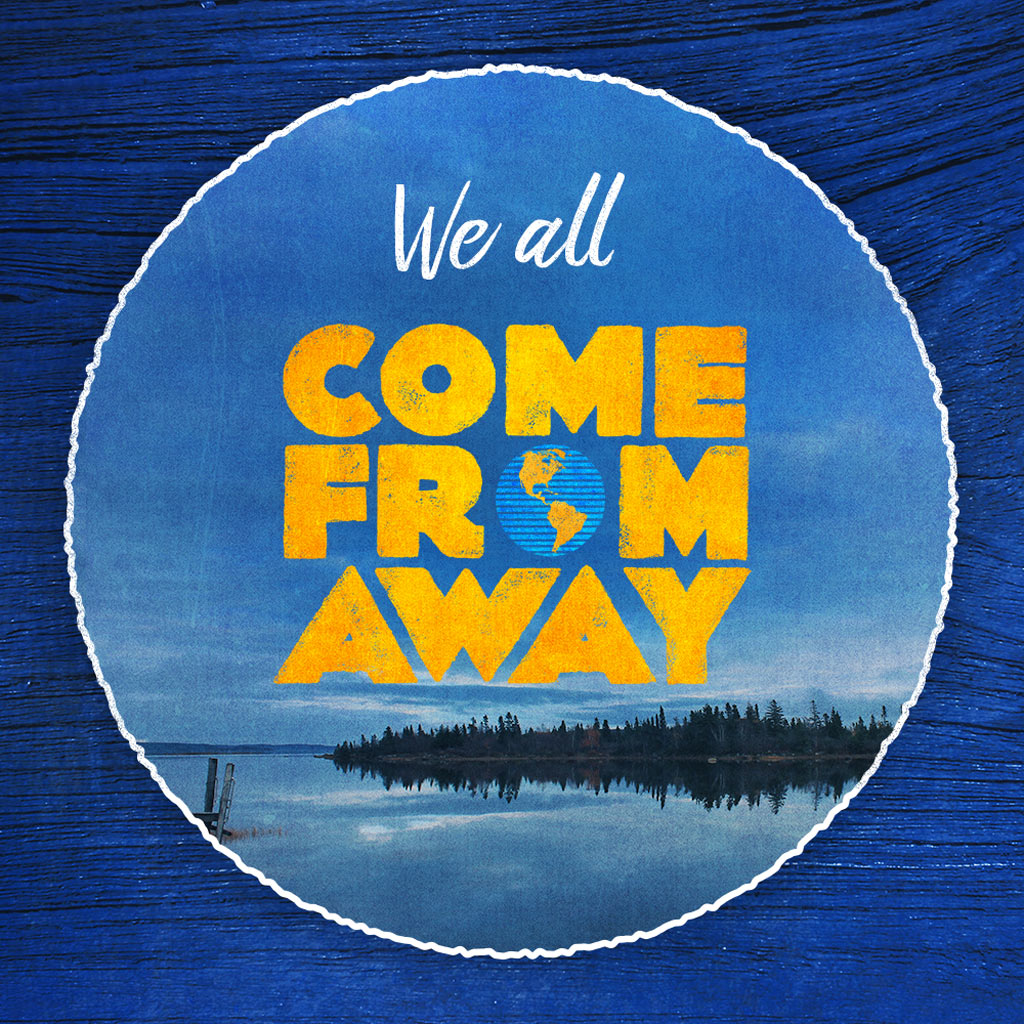 That thought coursed through my brain as I sat in a New York City theater last June and learned about a remarkable display of generosity and goodwill.

I never knew there was a place called Gander, Newfoundland, until we happened upon tickets to an award-winning musical about it.

“Come From Away” is the story of how Gander residents provided food, shelter, and comfort to thousands of passengers and crew members whose flights landed there after terrorists attacked the U.S. on September 11, 2001.

The title of the show stems from locals’ reference to those who don’t live on the small Canadian island as the “come from aways.”

I never knew that, as I watched images of planes being weaponized, passengers sat helplessly on grounded planes, clueless as to what had transpired in the United States.

I never knew that people who live on a place called “the rock” were so hospitable to strangers from nearly 100 countries.

Crafted from scores of interviews with both hosts and visitors, “Come From Away” unfolded on a bare bones stage. Through a cast of 12, we learned that after 38 planes were diverted to Newfoundland, everyday life in Gander was also diverted.

In the five days that followed, the community of nearly 10,000 pulled out all the stops.

Striking school bus drivers abandoned picket lines to transport passengers and crew members once they were permitted to exit their aircraft.

Residents opened their hearts and homes to distraught men, women, and children. They emptied store shelves to provide toilet paper, tampons, and diapers. They offered their telephones, showers, and beds.

They established makeshift shelters, secured prescription medications at no cost, and retrieved animals left in the bellies of aircraft. And prepared lots and lots of food.

Friendships formed – and endured. Many of the “come from aways” have maintained contact with their Newfoundland hosts. They’ve established scholarship funds to send young people to college. It’s a way to repay their hosts’ generosity, for Newfoundlanders refused to take money for all the goods and services they provided.

More than two months after we saw the show,

I struggle to understand why I watched so much of it through tears.

Was it a yearning for more of the goodness the Newfoundlanders displayed?

Was it grief for those who perished and the loved ones they left behind?

Was it anger that my children and grandchildren will grow up in a world where we have to be scanned to access arenas and airports?

Was it empathy for those who frantically tried to contact loved ones to ascertain whether they’d survived?

Perhaps it was a dormant memory of how I watched televised images with my third grader at my side, mindful that a horrific act of terrorists had also claimed her innocence.

We don’t know what joy or tragedy life will bring our way.

We don’t know who among us might be planning another September 11.

We don’t know when a hurricane will turn homes into rubble.

We don’t know how we will respond in the face of a crisis.

We don’t know whether we will become bitter or better,

whether we will falter or thrive.

The Newfoundlanders are survivors. The opening song from “Come From Away” tells us so.

“Welcome to the land where the winters try to kill us and we say, ‘We will not be killed.’

Welcome to the land where the waters try to drown us and we said, ‘We will not be drowned.’

Welcome to the land where we lost our loved ones and we said, ‘We will still go on.’

Welcome to the land where winds try to blow, and we said, ‘No!’”

As I write, we’re learning about the damage Dorian inflicted in the Bahamas. I count the islands of the Bahamas among my happy places, a tranquil slice of heaven noted for shimmering sand and alluring water. Some of my most cherished vacation memories are from trips to various spots in the Bahamas.

But as I watch news reports of apocalyptic damage, the images are quite different from what I experienced. Dorian shredded homes and claimed lives in a place that’s known as paradise.

The needs will be overwhelming in communities where resources were already scarce.

I would do anything for family and friends. But I wonder: If I lived in the battered hurricane zone, would I open my home to a stranger?

Stepping forward is also good for society. When we come together to help others, those things that divide us become irrelevant. Sharing a common purpose, a commitment to ease the path forward for others, can be the glue that binds an increasingly fragmented society.

“Come From Away” will be at the Orpheum Theater in Minneapolis next August. Though I highly recommend it, I don’t know that I will go. When it’s perfect, can the second time around ever be as good as the first?

If you enjoyed this piece and would like to read more of Caryn’s work, you can sign up to receive her columns by email. You can also purchase a signed copy of her award-winning memoir, “Bitter or Better: Grappling With Life on the Op-Ed Page,” here. If you’re looking for an inspirational speaker, please contact Caryn.

Posted in Columns and tagged Bitter or Better, Come From Away, Gander, Newfoundland